Range of cars entered through the gate of Handa Mansion letting Maya know the arrival of her Daughter.

Geet woke up so as Maan though his head was still busting with pain, he kept it in control holding his head.he tried to clear his view.

Geet helped him to get out of the car , guards help him further as both made their way inside the living hall where Maya was waiting for them impatiently.

Geet rushed towards her straight in her mother’s arms when she felt a hard push from her and next her cheek burn with the tight slap from her mother.

Geet looked bewildered holding her cheek where her mum just given her hard slap.

Maya comes back to reality with her child’s innocent call, she was startled with the thought ,she just imagine to hitting her daughter infront of the people..

Her arms spread for her to come to her, and that what Geet did. She ran in her arms hugging her tight with such a force that Maya stumble few steps back but she managed both of them.

Her voice was stern contradicting her act of affection as she engulf her in her warmth which soothed Geet and she bust in tears like a small child.

Maan and other guards and servants just admired the mother daughter duo smiling to see the scene.

Geet pouted cutely as she parts away rubbing off her face on her mother’s sari.

Mum , I have just arrived and you started again.. Geet complaint holding on to her mother that she completely forgot about her Love.

Maya tilted her head to look behind her daughter and saw her Bodyguard stood there with his head injury.

Her gaze hold something that left Maan shivers in terror unknown to him.

You go inside and take rest.

Maya asked Geet while Nakul with other female servant walk further to help her.

Geet then remembered about Maan as she looked back at him , Maan stared at her back there eyelock broke with Maya’s voice.

That Geet couldn’t understand why her mother was angry suddenly, might be because of that attack , she wanted to tell her about hat also. But her mother must be knowing it.

Yes I can see it.

Maya eyed Maan before sending Geet inside. Geet reluctantly drag her feet upstairs while frequently turning back to have look at him.

Maan was also looking back at her , don’t know when they would meet again, the thought was painful that he couldn’t let go her sight.

Maya caught the scene and was already aware of all things happening behind her back.her blood was boiling to no extent , she wanted to send her daughter inside away from the fiasco going to happen next for she don’t want to her to come between her work now.

Her thundering voice broke through the mansion but Geet was already inside her room with the music on that she couldn’t heard anything.

Maan looked surprised hearing her, he saw Maya walking infront of him and next she given him hard slap across his face.

Maan stood dumbstruck, how and what just happened , he couldn’t comprehend.

He looked at her shock with his eyes began to get red in fury.

I made a mistake for trusting you for my daughter. For keeping you her BODYGUARD!!

before Maan could think more he felt two well built men grasping his both arms and they drag him out of the Mansion towards her the outhouse.

Maan made no effort to struggle for he wanted to know what is she planning to do and why??

How did she get to know about their relationship. But he’ll whom he is kidding..she is Maya after all , Geet’s mother.she knew everything about the attacks that follows on her daughter then why wouldn’t she not knowing about it.

Hell!! he never thought about it before lost in his babydoll and new found love.

His thoughts halted hearing her voice as she threw few snaps on his face when both men left him once inside the outhouse.

Maan took the pics in his hands to have a look, he was not surprised to found them as he already got to know she had come to know about both but the thing makes him enraged to see some pics were improper. About their kissing or almost making out.

Who the hell dare to do it.its there private life and he never wanted his babydoll getting capture like this in improper attire or sharing their private moments.

Maan faced her silently and confidently for he couldn’t dare to speak infront her now that would only enrage her.

I am asking you something what is it?? You trap my daughter successfully, ha Bodyguard??

Maya blasted followed by two punches from her guards at a side who held him again making him again felt dizzy as he wasn’t recover till now.

before he continued further he felt sharp pain going through his whole body as guards given him tight punch in his stomach this time followed by Maya’s loud thunder.

Don’t!! My name is MAYA!! Only Maya!! She was blazing in fire that left him astonished though he couldn’t comprehend that time her behavior reasoning his head injury.he tried to focus.

I love her!! He simply confessed not beating around knowing that is the only thing needs now for she was not ready to listen to him, she looks much frustrated.

And next again hard punch comes on his face, now Maan was so furious, he had enough he tried to Wriggle out and come out if one guards clutch and gives one hard blow on other guards face.

Can’t we talk without them.or else I won’t stop either. Maan dangerously spoke glaring each Guards in the room and then Maya.

Maya was not the one to step back or even get affected by his warning.

My daughter is too innocent to fall in your trap!! She ignore him and stated further dangerously.

Your innocent daughter only had fallen in love with me!! He smirks saying so and guard was ready to kick him but Maya stop him this time.

She walked further and pulled back his head harshly holding his thick hairs.

His head busted in throbbing pain because of his injury before, he glared at her dangerously so did Maya.

I don’t need your clarification as I know it but.. she jerk him back making him yank in pain.

She doesn’t know it’s only her infatuation nothing more because the thing like love doesn’t exist in this world. Love can never happened!!

She stated taking a round around him while smirking to see him in pain.

Maan stop for a while hearing her words. Yes he had thought the same then how would he blame her .he had told his babe the same thing..that it’s infatuation. It’s not her love. how hurt she was , how much he given her pain.maybe that’s what he is getting in return now. His punishment.he thought giving her painful smile.

Believe me!! I was also not into this love thing, but your daughter made me realize the worth of it.she made me falls in love with her, hardly and irrecoverably.

Next both guards gives him hard punch in his stomach making him spit out the blood now.

Leave him!! Maya orders for she felt restless hearing his words. However he sound honest she couldn’t believe him.

Throw him out with his all stuff!! She orders further when Maan again tried for he was not ready to take defeat.

He spoke when guards tried to kick him but this time he really had enough and pushed them hard angrily beating them black and blue Maya looked back at him fighting. She really don’t care , few more guards rushed into the fight and they pushed him outside beating him furiously.

Maan was ready to go and thought to meet her later on, making Maya understand as well but guards was not ready to leave him, so he have to fight back.

Finally he was thrown out of the outhouse as guards drag him out when range of cars entered inside the gate .

Maan looked at the scene going on before as he saw Karan walking out with his dad and guards.

He was surprised to found him here at this moment, more surprises to see his smirk at him. 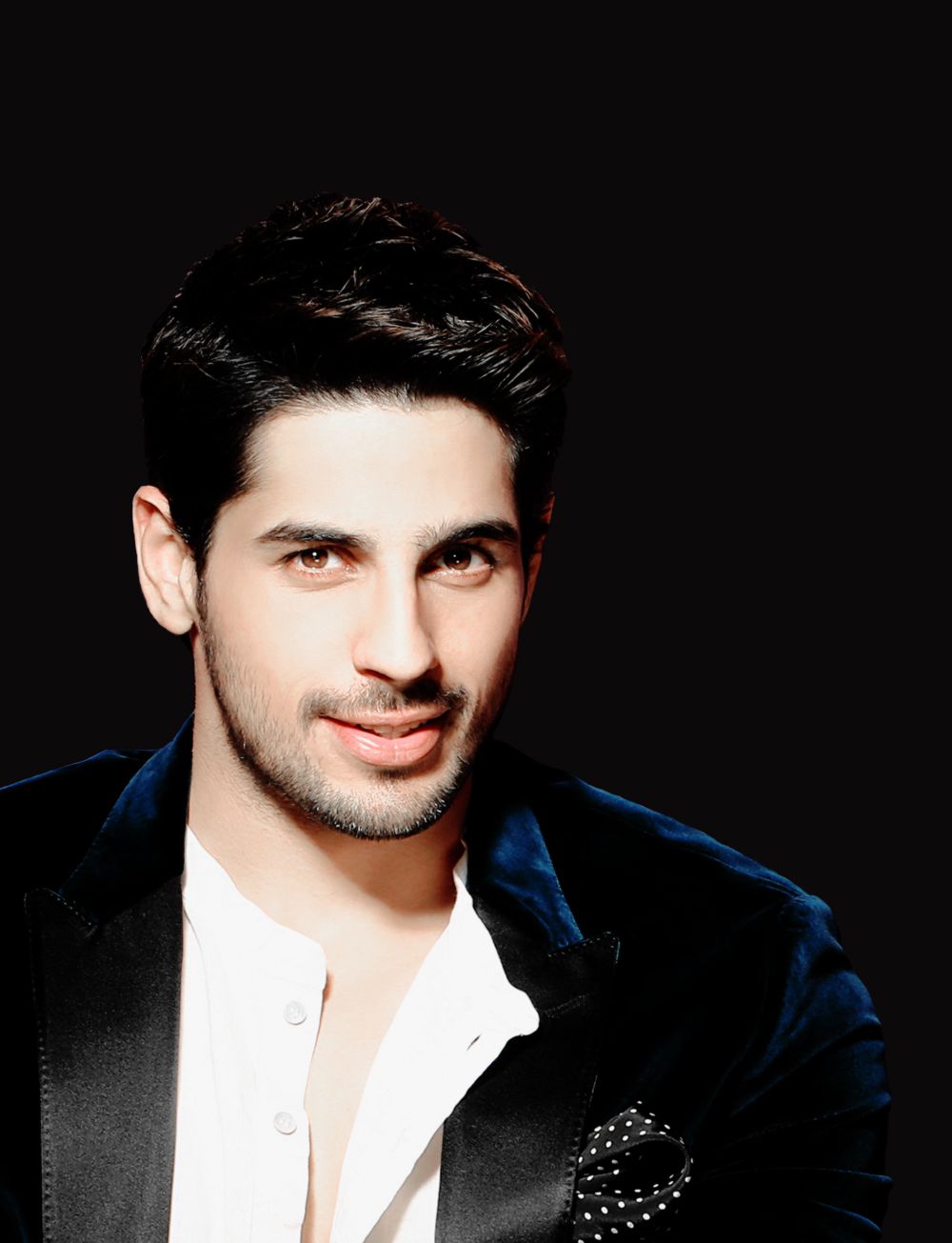 Karan devilishly smirk at him to see his condition and greet with Maya taking blessing from her.

Geet was soon call down and she was too confused to see the guests.

She was wearing floral gown as per Maan’s choice as she knew he doesn’t like her small cloths.

That dress also makes her look alluring and Karan was just staring at her lustfully which anyone couldn’t guess not even Maya but Maan did and he was fuming hard to see his dirty gaze on his babydoll.

He wanted to gives him tight punch on his face and takes his babe away from the sight hiding her in his arms.

His arms ached, so his eyes long for her one look at him, he was staring at her continuously looking at her beautiful face , he knew she had wore that long gown only for him as he hate her small cloths.he smile admiring his babydoll who was looking just as some doll right now wrap in that full maxi.

Maan was outside seeing the scene standing downstairs while all this going on in the space at front of the mansion.

Geet didn’t see him till now in between their talking.

Geet bete, come here , give me a hug , you are going to live in my house soon!!

Karans father Mr. Singhania called her smiling at her , Geet was so confused as she asked from her mother , it’s already started to give her weird feelings.

What why?? Didn’t your mother told you? You are going to marry my son, soon.

Our alliance is fix, Geet!! Karan who was till now silent taking in her beauty clarified further making so shock. She gasp looking at both of them then her mother.

She tried to grasp the things, and asked her mum for she couldn’t still believe.

She was so upset , angry , sad for her mother decide something like this for her life when it’s her right to decide it and she didn’t even asked her anything??

You heard it right, Geet! You are going to marry soon…with Karan !!

She added in stern voice looking straight into her daughters eyes which reflects pain but for now she ignored it.

Geet couldn’t believe in her ears what she heard from her mother, her eyes frantically started to search for him, her savior, her love , her Bodyguard!!

And she caught his sight, small smile tug her face finding him there before her eyes when she was facing such a horrible thing but soon her eyes widen in terror seeing his state.

And it’s just the start friends..more things going to happen..more revelation..more twists.. more passion… Possessiveness..madness and lots of things..you can’t imagine but to proceed with it I needs lots of comments and likes from you guys..so be fast so that I can post next fast.

15 thoughts on “HER POSESSIVE BODYGUARD PART 55”