Maan got call from his dadi,

How are you, maan bete?? When are you coming back, son?

Maan couldn’t say more listening her, however he want to stay here more.. he looked at her window, curtains were closed, so.. she must be sleeping. He thought

I am waiting for you to get back, son.. he was pulled back to reality

Sure dadima.. my work here is gonna finished soon, I will be back there. 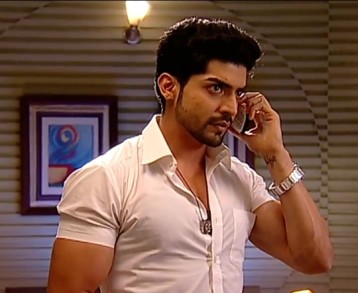 Next day, at dinner..

Maan was all the while lost throughout the dinner, how to break the news to hr, he knew she too has started feeling for him.. he just couldn’t see her upset face.

And she seems in cheerful mood today as he saw her swinging on the music softly side by side serving him. 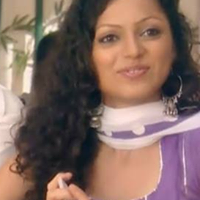 I will. First you taste it.. hows it.. tell me fast.. she was desperate as she made his fav. Broccoli mushroom soup.

Maan watched her excited face and something in him stirred deep.. he somehow controlled himself and tasted the soup made by his lady love so affectionately..

His taste buds dance in joy.. tasting the dish. He took one spoon followed by more, ignoring her pouting face as she was waiting for him.

Maan.. she whined that’s when he realized what he was doing.

Oh sorry mishty.. it’s so delicious that I can’t stop. 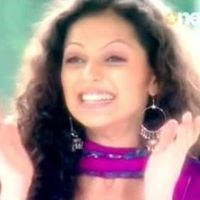 She jumped in joy making him smile as well.

Really mishty.. come now joined me.. saying so he pulled her down and feed her lovingly with his own spoon .. without realizing , but geet did.. she blushed in deep shade of red having from the same spoon.

Both continued to have with one dish.. one spoon .. enjoying the meal as well as their togetherness.

At the end of the dinner, maan was thinking how to tell her when she saw him lost somewhere playing with his spoon in empty bowl.

What are you thinking? Would you like to have some more.. she got up to serve him but he stopped her holding her wrist.

Geet looked at him who slowly pulled her back on his lap, now she was so habitual of it, she sat on his lap comfortably holding his neck, I have something to tell you..

His tone was serious as he looked into her eyes,

I am going back to Delhi..he said and she was shock for a moment, her hold loosen on his neck, but he held her falling hands in his, this week.. he concluded and she got up from his lap, her face showing nothing but he knew deep down she must be breaking, controlling her tears.

Okay.. I will take you to the airport.. she muttered as expected by him, controlling her all emotions, she started winding up the table. Maan followed her behind silently to kitchen with few dishes, with sad smile on his face.

[Let it be dear, don’t worry

Keep on smiling, be radiant

Worries will be wiped away,

keep on hugging me]

Maan grabs her from behind, she sniffed and turned briskly in his arms, hugging him tight.

Maan knew probably she was crying, her whole shook in wild sobs..

She muttered in between her cries making his heart bleed..

Geet, don’t..mishty..he engulf her dearly in his arms, she broke into more tears hearing his soothing voice.. his touch.. it will be all gone once he will leave.

Nahi..main tumhe jaane nahin doongi.. she clutched him in her small arms like a little kid, 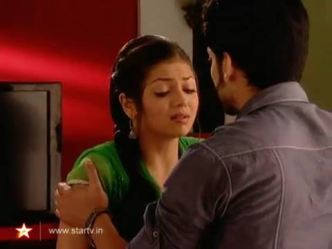 Geet, try to understand mishty.. Dadima is there alone.. waiting for me..

Once listening to this, she quickly let him go, and pulled apart, wiping her face..I understand… Her voice cracking. She avoid looking at him and turned to go , walking inside her bedroom.

Maan sighed and followed behind, mishty.. mishty..he tried but she was ignoring big time.

Aise na karo mishty.. if you will be upset like this, how will I go.

Bahot farak padata hai, Geet.. his voice turned husky as he reach her.

Khud hi samaz jao na, mishty.. how much things I will tell and how much you will listen

He cupped her face, looking deep into her eyes, their lips touching each other

While Geet was still unsure about her own feelings.. unknown of the deep meaning of his words, she gasp again feeling his lips on her mouth.

He began to kiss her madly drowning in the pain of upcoming departure.

Staying away from her means, forgetting to take breath..how will he survived..Maan thought sucking out the breath from her leaving her breathless, he continued to kissed her madly.

After like few minutes both broke apart, taking high breaths, Geet’s face was red like tomato, she hide herself in his chest, not knowing about those busting feelings yet.

Maan pulled her for a dance, as he took steps back, she followed his steps caged in his arms.. both dance on a song tune,, taking retro moves..to match with the song.. eventually geet started smiling.. then laughing.. making his heart at peace seeing her smiling eyes.. he too joined her in a melodious laughter 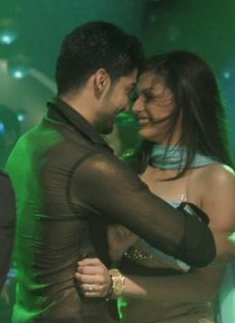 Both were sad with the thought of this separation as week went by, nearing the date of his departure, Geet couldn’t go with him because of her course still going on and Maan couldn’t stay back because of his dear Dadima.

Both were helpless on their places. As both reach airport, and hugged each other tightly securing the feel of of each other..

All the best for your course, mishty..he cupped her face, pecking her head. Geet closed her eyes savoring the feeling.

Now for whom I will cook, Maan.. with whom I will go shopping..fight and do chat..she talk in her mind just looking at his face, as words denied to left out from her mouth, she was chocking but holding on to her emotions.

Because this new blooming feeling was torturing her more, not ready to let her stay calm.

She looked at him desperately, he was sure getting to know her inner conflict, but remain calm as always ignoring her silent pleads to answer her.

You have to find those answers yourself mishty, he said in his mind looking into her teary eyes.

Both didn’t talk..or utters a word more, unlike usually they do.. both glance each other silently before parting apart.

Geet kept on watching on his back, he didn’t turned just kept walking ahead towards his flight.

There was something going inside his mind, calculating something, then he didn’t wanted to be weak looking back at her.