Maan ..  loud moan escape from her mouth taking his attention. Maan who was gawking her each changing facial expressions till now silently and amusingly, he smirk to see her condition.

Geet , who was almost lying on the seat back , startle opened her hazel eyes, she was frighten to see herself all alone laying down, while he has not left his side. He was still seating there casually observing her.

It was then she realized, it was yet another her wet dream. She got up at instantly startle with the embarrassing fact,

Geetakshi.. relax. sweetheart. He hold her as he saw her waking up with a startle.

Geet looked at him confused and at the front side where there was partition, her eyes widen in surprise.

You were sleeping, so I thought to closed it, as no once had that right to watched the sleeping beauty except.. He left his words lingering giving her his naughty & devilish smirk.

Geet, for while blushed, her cheeks reddened but the thought comes to her mind, it was really her dream or ??

Next day, she was all ready to go on the set. She had talked with Dhanraj and even Mr, khurana who seem not worried about the fact much.

She thought to forget the incident, as it is the only better way. There will be new lead whom she have to meet today.

Dhanraj did not told her the name nor she was interested. The only thing mattered to her is her work that is her only passion till now. Till now   ??

Her heart scream out , its mr. khurana who is going to be her new passion .

She felt shiver ran through her whole just reminding that dream of hers or is it reality?

She couldn’t still come to the conclusion but one thing was sure for her that Mr. khurana would not do such a thing.

But how much she knew him to know this fact bout him and then there passionate hug in the studio come to her mind making her heart thud against her rib cage badly.

She hold it trying to calm it but it was not ready to stop realizing that he was there only for her , to console her.

Her heart warm up with that fact, as never before she had experience something like that. That care for her without her saying anything. Without her giving words to her fears or insecurities.

Geet.. Pinky’s voice made her to come out of her thoughts of MSK. She turn towards her getting control on her emotions. But pinky couldn’t missed that spark which was in her hazel eyes. She wanted to confront her friend, but she let it go for a while. At that moment her work is more important and she needed to be there on time. Geet herself doesn’t like it.

Who is he , pinky ? Geetakshi asked from her assistant come friend knowing she have all the info like always.

It’s Rohit Kapoor. Pinky replied smiling cheekily at her for she know how mush her friend admired him and his skills. She never got the chance to work with him till now despite how much she wished, today it is going to fulfill. She was happy for her like always.

Really ? You should be kidding me, say pinky ? Geet again asked unsure , she was chirping happily like a small child .

She couldn’t hide her true emotions and enthusiasm from her dear friend. She was an open book for her.

Yes dear.. it is him only, pinky assure her pinching her chubby cheeks for she really adore her cute friend. It is only at home, she is herself, she like to be.

Let’s move, or you want to make him wait?

Geet nodded happily and both friends make their way outside

Rohit Kapoor was a heartthrob of every single girl. He was called chocolate boy by every of his female fan. Geet was one of them.

The shooting began soon, both got busy in their respective scripts and rehearsal. For a while Geet forgot about Mr. khurana . She was so drown in that scene which was little different part for her.

Maan walked inside , everyone gritted him , his power was oozing out so immensely that every head bow before him , Dhanraj was lost in the scene , while his whole concentration was on the couple before his eyes examining each their moves. The rehearsal was done with the couple , so it was now action time and t he took a seat  and watch in the screen before him .

I hope you won’t punish me for loving you

I hope you won’t betray me in love..

Both were having passionate dance moves without missing a beat, song was playing in the background.

Maan clinch his fist tight seeing the scene.  His jaw was tighen, teeth gritting behind. His eyes burning in jealousy.

I have become yours, you’v become mine

You’ve gone crazy in my eyes

Rohit pulled her closer and she stumble in his arms because of her sari.

Cut it. Director called out in the mike.

Maan on instinct got up to hold her , that’s why her eyes met his won and her whole burn with the fir in his intoxicate eyes.

Geet was happy, satisfied to find him there, but she was so shock and scare seeing that intensity of rage in the eyes of his.

Maan was just going to lash his anger at Rohit but before he do , Dhanraj gave them a break to freshen up  and he asked to change the cloths for next sequence of song .

All started to dispersed leaving maneet standing facing each other stood on their own place.

Geet took a step to reach him and he took next. Dhanraj and few crew members were still there , Maan looked at others and his eyes drag to her face, she get his silent words and nodded curtly at his way before disappearing from there.

Geet , her heartbeats raise manically finding him just behind her , she shiver, her lips quiver in anticipation, never before she felt this way, those changes in her whole body while giving romantic scenes as well with her male partner. She was always in her right conscious, knowing it’s only her work and she needs to do it perfectly. But right that moment she felt her senses was going always leaving her totally insane just with his presence behind her.

Maan .. she whisper taking out her earrings and placed them on the dressing table before her.

She felt his eyes passionately boring in her from behind but why is he not uttering any word at all. Why this much silence .

She turn behind only to gasp in shock.. 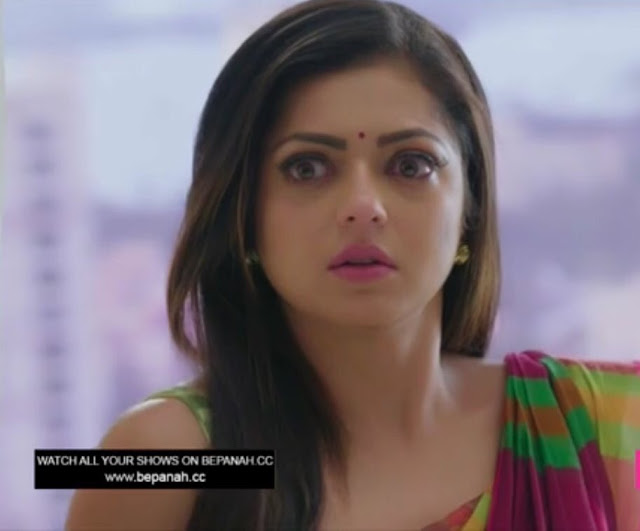 Forgive for all errors , have type as per my knowledge.

Do leave your comments and likes  here or on IF wherever you prefer.