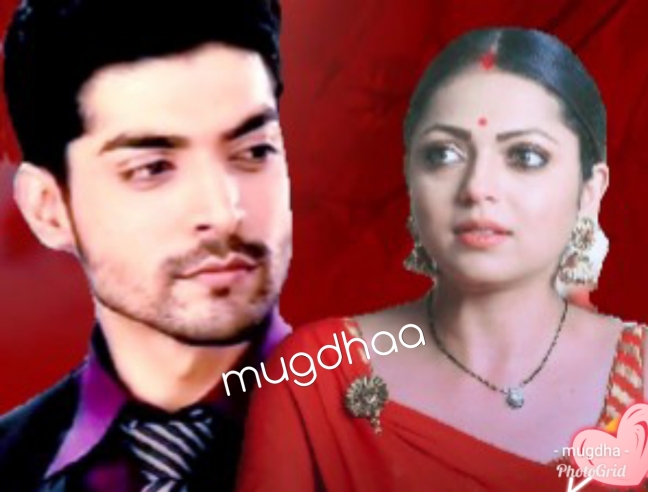 Maan rushed towards the room, hell for his jaan. As he opened the door to step inside, he was greeted with the painful sight of his Jaan was crying silently, trying to walk up to the washroom holding the side wall and one hand was clutching her stomach. It seems like she was in great pain.

Let me called annie atleast, she would but before he complete his sentence she stop him coming out of the  hug.

No maan.it’s not needed. Why are you troubling her

No jaan.it’s not trouble but she can help you.

Nahi.she must be sleeping .no need to wake her up.

No you listen..you are not going to disturb her  nor dadima. She pointed her finger at him .

[My heart has fallen for you
Beloved, it’s not the fault of my heart
I tried to a lot

She closed her eyes laying there letting him do whatever he was doing. She felt his big palm pressing on her tummy and she moan out in pain ..
Aahh maan.
Just a moment jaan.he whisper huskily looking at her face that reflecting great pain.he can’t see her in that condition. It’s paining him more to see her in pain.he started to massage her tummy with warm oil.
She felt her body trembling with his touch and part of it was her vulnerable pain .she clutch the bedsheet tightly as she felt her pain reducing a bit and she sigh in relief.
Maan looked at her.his heart thump with happiness at the thought that seems she started to trust him.

finishing his massage he wrap her with the blanket and rushed to washroom to freshn up.he was hell tired and hungry but nothing matter more than his jaan’s health.beside that she too had didn’t eaten anything while day and in pain didn’t told anything, bear that all alone.

He stamp his hand frustratingly on the washroom wall .he was not there in the morning nor afternoon beside her when she was in her pain.the whole day she bear it all alone.
He quickly put his track pants on and hang got out of the washroom. He looked at her sleeping peacefully on the bed.and great relief wash over him.finally she was out  of that pain but she needed to eat something .
He strode towards her to woke her up but as he sat beside her on the bed ,his heart refused to do that .he carrased her forehead softly to which she stir a bit turning on his hands she placed her cheek on his big palm.
Jaan..wake up ,let’s eat something. .he try softly but she was in deep slumber again refused to heard him.
Geet..he again called her but she didn’t move.he just layed beside her on the bed and take her on his body softly engulfing her in his arms.
She stirred a little holding him dearly like child would do with his father.he smile at her gesture but soon his body heat up with there closeness as her half bare self touch his own burning him with desires.
He buried his face inside her neck as his hands started to rub on her bare waist.
Maan. .she moan in her sleep feeling his wet kisses on her upper chest.
His hands goes downwards on her bare thigh feeling her soft body ,his fingers ran over there whereas she clutch his nape pulling him into herself.
Geeet. .he groan in deep pleasure as he felt her lowers touching his hardness.he stop for a moment realising about her MC. He felt embarrass for a second but soon take out his face from her and looked at her adorable face lovingly.
She was sleeping peacefully still in the effect of his passion. He leave a long smooch on her forehead lovingly and engulf her again in himself .

[Beloved, our hearts are saying that
Now we’ll never be far from each other]

He heard her soft breaths and kept looking at her gorgeous face until he started to felt droopy and his eyelids get closed going into sleep.

this is the video I had created for this FF, hope you guys like it 🙂