Their lips graze igniting the fire inside both , He licked her luscious lips softly , he was already hard just with her looks. His big palms squeeze her soft flesh of back making her moan , she struggle again in his hard hold but she couldn’t do much with her fragile condition.

Maan was left mesmerize with her sweet plead that has a hold loosen on her and she getting the chance pull out of his arms laughing sweetly leaving him dazzle around her charisma .he stood still lost in her charisma when he felt some softness on his rough cheek , before he knew anything she ran from there giggling softly seeing his condition.

Maan came back to his senses finding her out of his sight . He touch his cheek where she had left a soft kiss sometimes before. 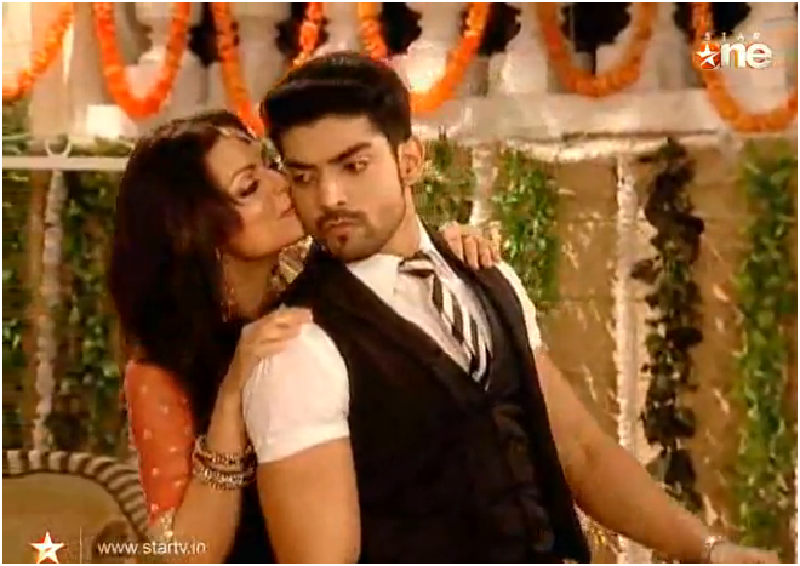 Her aroma mingle in the air leaving him dazzle , her touch of lips still he could feel that ,he took his fingers to hear s lips that had touch his cheeks where she had left her lipstick marks,and he kissed his own fingers feeling her.

I will stole the kiss today, Sweetheart !! He smirk naughtily wiping the marks on his cheek with his handkerchief although he do not wish to but he couldn’t go before all with that.

Sameeksha stood there burning in jealousy, she couldn’t digest that she is seeing the Queen alive today in front of her eyes.

The bonfire was lighted , Royal people were invited for the festival from other kingdom. As Samrat looked up to see , he was not much happy with there arrivals . He frown looking at Rajmata who was inviting them gracefully.

Why it is today, you invited all that too Queen has to be here as well. ? He was frustrated with this idea as he knew what is going to happen s next. Rajmata frown back at her over Possessive son. You have delay it till today. Today it is necessary for the Queen of Jodhpur to be here.she spoke back controlling her rage. It is a custom after all .

Till when you are going to keep her hide from all . She scoff angrily faking warm smile on her face for the Royal Guests.

Maan who just come there heard her last line and fumed at the venomous lady though was confused with there conversation.

Just then she came out followed by her maids shadowing her from all around , she had her face covered with the transparent dupatta on her head like a bride. But the looks through the veil could kill anyone present there. Her face was glowing inside that transparent dupatta, nothing was there to hide through that cloth. 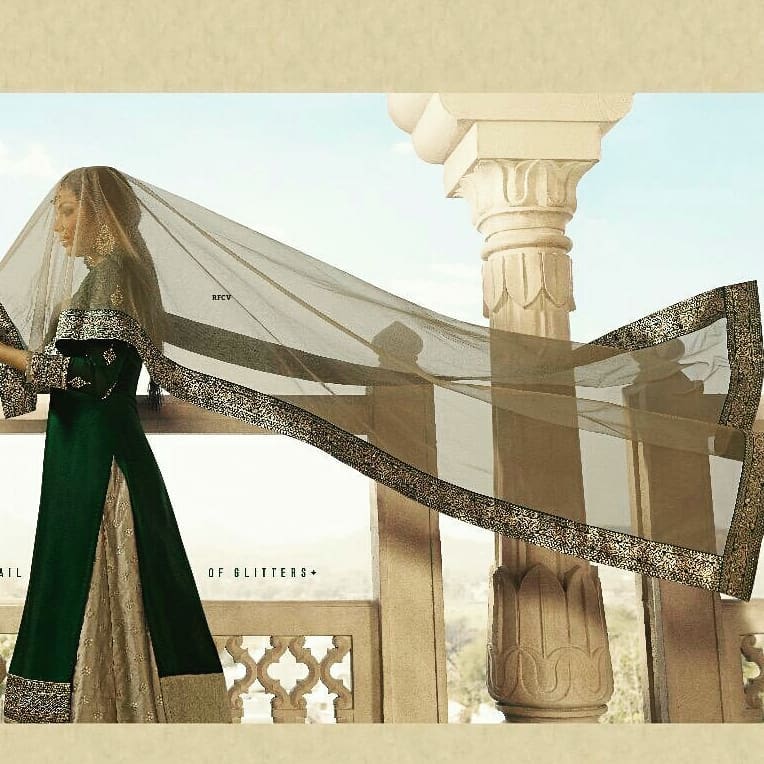 The crowd all of a sudden turn  silent with the announcement of The Queen’s arrival. The men ogling her like a hungry fox , the glass in there hands stay just like that before it reach to mouth. They were trying to comprehend the beauty in front of them.

Samrat was furious beyond his wits, so as Maan.

both couldn’t digest the fact that men are in the party looking at her lustfully.

That’s the reason he never had took her out like that only to protect her from those evil eyes. He was Possessive for his Queen , His Wife. But today in his absent His Mother did the blunder just for her Royal customs. He just rushed to His Queen to hide her from those lustful eyes .

Geet, on the other hand was hell scared seeing the crowd , she never knew about this, she thought ,it’s only small rituals and festival going to Happened with few Royal people and Kingdom people. But this , she never thought, her eyes widen in horror seeing the crowd , that too most of Royal men standing ogling her, her feet stop , she gulp hard the knot in her throat.

The woman she had thought once in a life would thought her as her own daughter but today she again didn’t fail to show her dirty Colors .Geet felt humiliated rather feeling Proud to be the Queen. tears gather in her hazel eyes . Her moisten eyes tried to locate him in the crowd but he was no where to be seen. As if hearing her prays Samrat rushed forward and hold her hand .

Geet felt her restless heart at peace just with his hand in her own assuring her that everything will be fine. Her moisten eyes met his through the veil and he could read her turmoil, her silent accusations which he fail to notice before. He was ashamed on himself ,he diverted his eyes from her and both walk forward where the ritual going to took place near the bonfire.

Her hazel eyes though search for her Love and she find him standing at little distance , his angry eyes followed her , she could see how much he was in rage and controlling it.

Maan watched the ongoing drama silently burning in extreme rage for he couldn’t do anything now .

Geet somehow control herself gaining the lost strength once finding both men at her side.

Rajmata smirk evilly seeing both walking towards her, once reaching near her , she was about to opened the veil of Geet . Geet was burning  in rage now , if it was in her hand she could broke her hand before she could do something like that. Her insides were fill with fear, anger, restlessness, she just now started to feel dizzy . She could feel her heartbeat raising just as her hands touch her veil.as Rajmata opened her half half face , her quivering lips could be seen that make all men there lick there own lips. 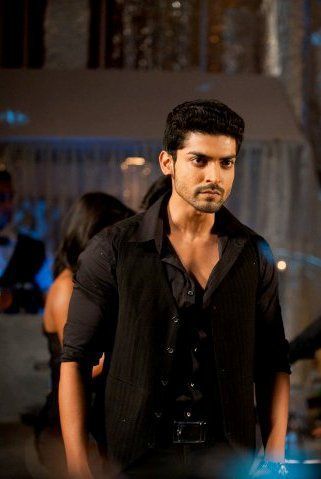 Maan could take it no more , he rushed forward to stop her but before that Samrat done the needful.

As he himself could not let that happen. He stop her hand nodding her in no.

Rajmata was left shock , furious with her son’s behavior. She glared at him angrily. Samrat !! ??

No Rajmata, she is my Queen not some showpiece that you had brought her here . Give her some respect. His eyes were red in anger, today he couldn’t took the insult of his Queen. Moreover today he could see through the things, from the beginning he had hurt her knowingly or unknowingly that he no more could do that. Least he could do that little favor to his only friend.

People around gasp with his audacity ,though they didn’t heard the commotion between mother son duo. They left shock but couldn’t opened there mouth knowing how powerful The King is. Samrat was known for his own powers that every one fear from him, his kingdom respect him while other Royal people stay away from him to secure there own life. They don’t want to mess up with him.

Geetanjali thank him full heartily for what he done today , she admire her husband through the veil , if only he could have understood it and her before .

Rajmata fake a smile again and introduce both to the crowd around. people cheer for both ,Maan stood behind just gaping at her, he was thirsty to have her. His heart was restless , he wanted to took her away from all those lustful gazes and hide her in his arms far away from this world. But he is helpless today, it is his own fault . He thought remorseful when he felt two hands snaking around his arm. He was in rage seeing Samiksha at his side.

You are still here ? He asked gritting his teeth while his furious eyes glared her, he jerk away her hands furiously.

Maan behave ! We are in crowd. Samiksha warned looking around if anyone saw it.

So that you would took a chance with The MSK. He scoff angrily

and dare you raise your voice before MSK , he pointed her finger angrily before walking far from her reach.

Geet was on the other hand was also restless, she just wanted to ran away directly in his arms. Her hazel eyes caught the sight of his and her heart burn in pain at instant seeing him with his fiance , her brain stop working , she couldn’t fathom it. How could she forgot this. His Dadima herself had brought this dream girl for him. Her heart cried reminding his words today morning.

I will take you away soon by marrying you.

She diverted her painful eyes from him that’s when he had shove Samiksha away but Geet missed as she turn her face away.

People were going meeting with the King. samrat had asked Geet to went and sat at side , so that she would not be tire standing , also he didn’t want her to be stand in the middle like a doll in between all men species. just when she was about to go Rajmata stopped her.

where are you going, Queen ?

samrat tried but she was not ready to stop today.

and why so, didn’t she took rest in the afternoon. she argue back , making both geet and samrat frustrated with her behavior.

alright . she glared at Geet went from there. just then one Man came there. He forwarded his hand to Samrat for a handshake. Geet couldn’t move now , she stop for a while beside the King .

Pleasure to meet you King Samrat .

Same here Prince..Samrat left his words waiting for him to told his own name when he spoke rather proudly.

Samrat didn’t liked his tone or gesture but he let it go for the while , Rajveer turn towards Geet and forwarded his hand , Geet glared at his audacity as no one before have dare to do it , knowing Samrat and his possessiveness for His Queen they had just introduce themselves to The King by handshake bit with Geetanjali they just join there hands.

Samrat fume on there side seeing the audacity of the young man.

RAJVEER !! He was high with his tone that Geet clutch his arm tight stopping him to create any drama . Just then his father from behind come there apologizing from him.

Samrat, He is new , in fact it’s his first party in this palace, so forgive him.

Rajveer couldn’t digest his parents were apologizing from him , without his fault also. What he did that he is so angry.he just forwarded his for handshake to the beautiful Queen.

They drag him away while he was in super rage.

What is it father, you didn’t have to asked apologize there that too without my any fault.

Rajveer behave , You don’t know him , he can even chop you in pieces and no one will even know about your body.

And for what ?? Rajveer asked confused still burning like a lava for his insult.

He is very Possessive for his Queen that he was hiding her till today , you can see the veil on her face , and you dared to handshake with her.

Rajveer could now get the all things , he will surely take his revenge on both the King and The beautiful Queen.he thought smirking evilly for something wild was going inside his brain.

It was finally holi bonfire, few closed people of The king and  Rajmata gather around the bonfire , few stand behind watching it while people of the kingdom stood behind silently praying to God for the safety of there king and Queen .