He felt her soft body crashing into him , and as a reflex he hold her preventing her from fall. She clutch on to his collars staring him with her wide opened doe eyes.

He was lost in her beauty when felt a small pushed on his chest , he looked mesmerize at her antics , her faced looked cute with that little frown and pouting lips in irritation.

Chodiye Hume . She demanded angrily struggling hard in his arms to let her free while her maids giggled seeing the scene knowing well about both of them now. Geet threw an angry glare at them and they ran away hurriedly leaving the couple alone.

Kaha ja Rahi ho ? He asked ever so sweetly mesmerize by her anger as his fingers pushed back her curls behind her ears while his fingers ran down teasing her zumkas. 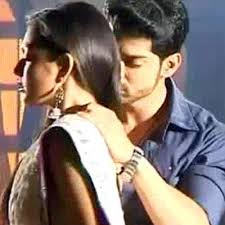 She shivered in his hold , non the less she got hold on her senses quickly pushing him hard this time that her injured wrist hurt badly making it red again.

Aapse MATLAB .?. she hiss and turn to go totally ignorant of her injuries which had started to bleed again.

Maan , his eyes widen seeing it , he quickly pulled her inside the room and fetch the first aid kit.

She looked confused at his concern for she couldn’t trust on it now , next moment he would again pushed her away , she knew . Better she wouldn’t allowed him near her at all on the first place , thinking so she got up lost in her own thoughts and Maan turn furiously at her seeing her move ,  it made him more angry but knowing her condition he control his rage. She looks already worn out.

Geet. He pulled her towards himself and made her sat on the bed forcefully since she was not in a mood today.

Hume choriye , Samrat must be waiting for me , as she said it her phone started to buzz with his number , seeing the ID Maan snatch the phone from her hand and pick it before geet could realized it.

Wait for few minutes , saying so he cut the call leaving both Samrat and Geet baffled

Samrat who was waiting for her in his car , left astonished hearing him , he recognize his voice and it made him surprised non the less he thought to wait for he could trust on him now.

Geet, her eyes were widen in shock ,she sat still when he opened her bandaged and clean it.she wince softly closing her eyes in pain.

How did it happened, you cant take care of yourself . He chided her glaring at the deep cut furiously.

You also scold me now , she cried making his heart twitch in pain.he soften at next moment when she continued blabbering like a small girl.

That’s when he realized her hands were emptied with any bangles.

He adored his sweetheart for a moment before lifting her both hands bringing it near his mouth , he kissed on her both wrists leaving her dazzle again In his charms. 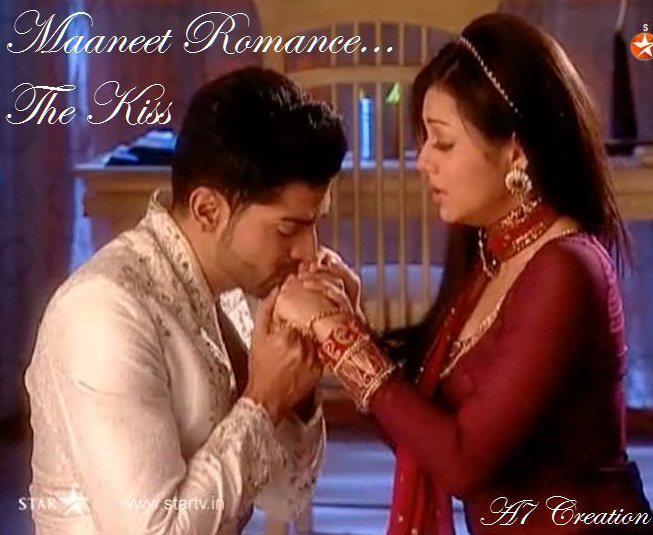 While Maan was again drown in his guilt , hearing her his heart again broke in to zillion of pieces.

He realized just how deeply his acts had hurt her, he realized that Samrat was saying the right thing though, she is not able to trust on him now or his love.

I really do love you, sweetheart, believe me ! He again repeated with yearning in his voice and eyes.

Geet looked back at him painfully, she was in denial mode though , her heart turn restless to see him like this. 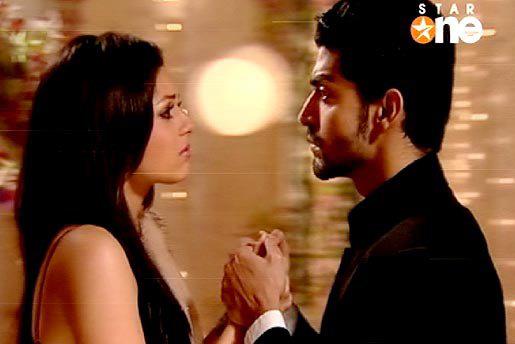 Her question left him startle reminding his brutal act in past.

That time did you believe me , Maan ?she repeated , tears flew down on her cheeks opening her wounds yet again.

Maan  don’t have any words to utter now hearing her, yes she was right, how she has to believe him now when he didn’t in the past.

Thinking so he rashly got up and went out of the room with fast pace leaving her lost as she  looked back at his retreating figure . 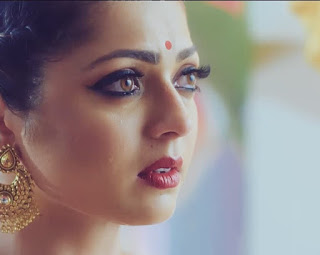 Once she was seated in the car , Samrat zoomed it off towards there destination . There was dead silent in the vehicle , she was again drown in her past , her heart was paining badly with those memories , Samrat looked at her state and felt bad . He choose to gave her space and remain silent while she was too lost to questioned him about there phone convo which actually never happened either.

Doctor took some tests ,once done three of them sat inside her cabin.

How are you feeling Geetanjali ? Asked doctor .

She could only nodded silently giving her small formal smile .

Your health had not improved from last time i had check you  ,, you seem not taking care of yourself and your baby .

Doctor  complained seeing her pale face and her weight was also decrease.

she is frequently getting dizzy doctor. utter samrat at instant , just when his phone buzz .

Geet looked at his face and she got to know who is the caller, she started to fumed remembering that arrogant woman.

You can take it . She straight away replied to him , while he was first time ever nervous before her seeing her red fuming eyes.

No..it’s not that necessary. He gave her his small smile though his heart scream out loudly to took the phone.

It is necessary , Samrat, I said you wait outside. She gritted her teeth now glaring at him .

Ok. And he literally ran out half of happy and half in scare mode.

Doctor smiled at her knowing her mood swings , while Geet was embarrassed .

It’s alright , Geetanjali . Can understand. your baby seem to be too stubborn as well. Doctor laugh holding her hand

She has became little friendly with her , seeing her bubbly nature and kind heart ,. Though she could really able to see that loneliness and unknown pain in her eyes .

Geet  herself  had asked her to called her by her name only but not Queen.she is fed up now with this tag just for the name sake.

Are you really fine.? Want to share something with me. 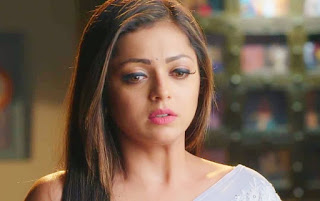 Ji..hum theek hai doctor. It’s just recently I am getting those nightmares . She looked worried seek remembering the nightmares she was having in those few days just after Maan came here.

It’s normal dear. It happens in this days. Just don’t take tension. It can affect on your health and baby’s also..hmmm.

They were returning back from the hospital from same root that go through forest when suddenly he heard some sound . It was like some watch . his ears shoot up to hear it as he turn suspicious his eyes turn to mirror to see one car chasing him after little span of time stopping in mid. It was little far behind that he couldn’t recognize who’s car it is. He looked at Geetanjali who was dozing up on her seat with her one hand wrap on her tummy.

He again hear the voice going fast , and he at once stopped the car furiously . Geetanjali jolted out of her sleep with the sudden break while the car behind them also stopped suddenly little far from there place.

And before Geet could react or threw her anger at him he with fast pace climb down from the vehicle.

What are you doing ?

She blabbered frowning at him as he opened her side of door and pulled her out.

She climb down stumbling  in his arms . He took her fast in his arms and  ran far away from there car .

It was just a second they were away when there ears jolted with the loud blast.

Her heartbeats stopped beating , her ears buzzed hard with that loud sound , her whole shook with terror and her big hazel eyes widen in terror to see there car becoming ash with that blast .

And she blank out in his arms.

Who is behind all this ?

Who’s car that following them ??

Who’s the person following them ??

And  what will happen next ??