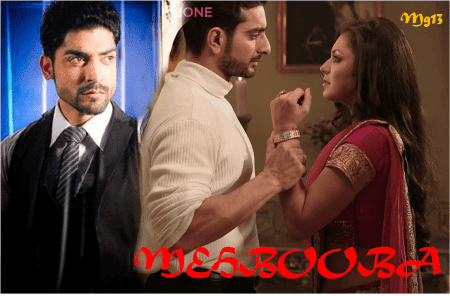 His eyes were blood shot red, she could saw him fuming to no extent as he hold the gun in his hand pointing at the person in front of him .Geet, her eyes widen in fear , what the hell he was doing in his anger or his own possessiveness. Maan.you won’t do it . She warned him furiously for his madness .Maan smirk devilishly before pressing the trigger and the bullet hit him hard making him fall hard on the floor. SAMRAT !!

She shouted going mad with the sound that Pierce through her soul as she closed her eyes tightly closing her ears as well with both her hands.SAMRAT!! She got up shouting ,her breaths were high ,she felt suffocated .her whole body filled with sweat.Her maids ran inside hearing her scream. Rani..are you alright , yashoda asked her giving her the glass of water. She didn’t even took it but pushing it back she flies out of her bed, and then out of her room hastily .maids ran behind calling her but she didn’t stop instead ran down the stairs hastily worried for him. And she again slip skipping one step ,when two strong arms hold her protectively in his arms.

SAMRAT , are you fine ?? Aapko Kahi lagi toh nahi na ?she spoke in her dazzle state not knowing the person who hold her is non other than her Mr.Khurana but not SAMRAT.Once she looked at him, she was shock and pulled apart suddenly fearing from him and ran outside again breathing high.GEET.. aaram se..Geet..he called her but she was no where to listen .he was shock , hurt, angry again listening her that he flies behind her. Sameeksha burn in fury seeing the sight, she thought to do something now, it’s going beyond her control.

…
Geet again heard the same sound of gunshot and ran outside hastily hell scare now as if her nightmare is coming true but Maan is inside then..she don’t want to think more ,she just ran towards the sound which came from the courtyard of palace which was huge.As she get into the sight , she sigh in relief to see him just practicing his shooting . She ran towards him.samrat stop in his track seeing her in this state , he asked all servants leave alone them.

He asked worried seeing her walking towards him.His gaze went behind her to see Maan was also there.Geet followed his gaze and looked behind , she was now not in the state to confront him ,she hold onto samrat,and whisper.Please asked him to leave now, in not in the state ..I am so tired. She didn’t dared to met maan’ fuming gaze .Mr.khurana.aap yaha. 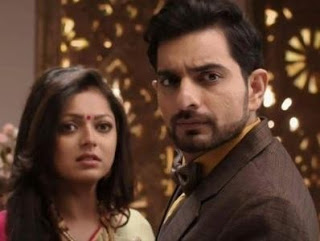 Samrat asked in his usual tone rubbing on to her hand in a friendly gesture but that ignite the fire into MAAN.Geet .I want to talk to you.he instead spoke with her.I am in no mood. She blurted trying to hide herself behind Samrat Are you getting scared from me. ? He asked unbelievable once realized the thing seeing her antics.He was now damn hurt , he rushed forward only to be stop by Samrat as he show him his palm.Mr.khurana.you always seem in hurry. You are crossing your limits. Oh hell . I am not .I just want my love back.he eyed Geet his expression turn painful.She is my wife.i am again saying stay in your limits . Samrat hold her from her shoulders. He knew how much it make him furious but he wanted him to realized the true worth of his love , he didn’t .he had given her enough pain in past but now he want her life be to be successful. She is not happy with you. He argue making Samrat amuse.Is that so Rani ? Samrat turn towards Geet getting new fact. He was actually surprised how did Maan know .Geet was all confused with the ongoing thing .she kept her mum .she was tired as well.wanted to go to her bed again.she actually started to feel sleepy with her half open eyes.Geet why are you not speaking now, Maan asked impatient seeing her in his arms.Hume neend aa Rahi hai  . She pulled apart from his arms and took few steps to go inside when she suddenly felt dizzy and she stumbled few steps .

RANII !! SWEETHEART !!  both men went to caught her and Samrat took her in his arms .Maan was hell worried for her that couldn’t do much only to followed them behind. Hume neeche utariye.geet blasted once she opened her dizzy eyes .Geet ..are you fine now ?

Asked worried Maan once Samrat lay her down .Hum thik hai.only I want rest. She spoke pulling up the blanket till her neck and closed her eyes. Maan was just about touch her forehead when he caught Samrat looking at him curiously and he pulled back his hand rushing out of there room.
..
It was mid night , Geet was restless all night ,not able to get ounce of sleep because of being on the bed only whole day. She was frustrated but couldn’t do much in front of two stubborn men.Chaddo..Hume nahi Sona.. she steadily very carefully got down from the bed and sneak out if her room where she saw two guards sleeping on both sides. She tip toe removing her anklets and ran down towards kitchen. Hume kuch kahe ka man Ho Raha hai..AAP bhi na baby..bahot satate ho aapni mumma Ko .she blabber cutely pouting and patting her little baby bump .
Kya chahiye aapko.. ? She asked from him getting confuse with her own mood swings.Ha..kuch spicy & she widen her eyes in excitement and lick her lips as  her mouth watered with the thought.And.. aur kya ?? She twisted her lips and went inside the kitchen and tried to search something when her eyes caught the jar of pickleShe again lick her lips and literally ran forward to fetch it.
…

Maan was not able to sleep , the memories of there together flash in front of him making him restless and sad. He wanted to do something for her, do many things to repair the damage had once done. He knew he had hurt her beyond , that it’s natural for her now to not believe him . He crush her pure feelings so badly that the wounds now are still bleeding.

He hated it , hate himself for his doings but it’s time now he get back her love , her back his sweetheart who was once always had shower her unconditional love on him.lost in her sweet memories he got up from the bed and thought to just get a view of her. He couldn’t have get sleep without seeing her once.As he near the staircase he heard someone talking .as he followed the voice it came from the kitchen.he turn confuse as well as alert thinking it must be some thief .he went inside steadily hiding and tip toe inside.When the sight in from of him left him in awe.There was his angel seating on the  chair with the jar of pickle in her hands .she was looking glorious in midnight with her nighty on while she was blabbering something licking the pickle with her finger.He went closer and stand in front crossing his arms on his chest. When Geet suddenly realized there is someone standing in front of her ,she got hyper, scare ,frighten all of a sudden with another person present that almost pickle jar slip from her hands while she tried to stand up but stumble in his arms .Maan jerk her closer and hold pickle jar with another hand between them.

Hum..? Uh ? She was so frighten .sweat beads appear on her face, she tried to fathom the situation holding his collar tightly.Maan turn worried seeing her baffled ,He put the jar on the table and hold her.Sweetheart..it’s alright. I am here. Don’t be scare.
he tried to calm her down combing back her curls with his fingers.

He caressed her both cheeks with both of his palms while she still looks dizzy and hugged him tight .Maan..she called out giving him sweet shock as it’s again she called him with his first name that too so lovingly.

He engulf her shivering body in his arms and inhale sharply.its been too long he hold her like this and wanted this moment to remain forever.He would keep her like this forever safe in his arms ,showering his love on her, if only she would gives him one chance.He buried his face in her curls,feeling overwhelmed having her closed.