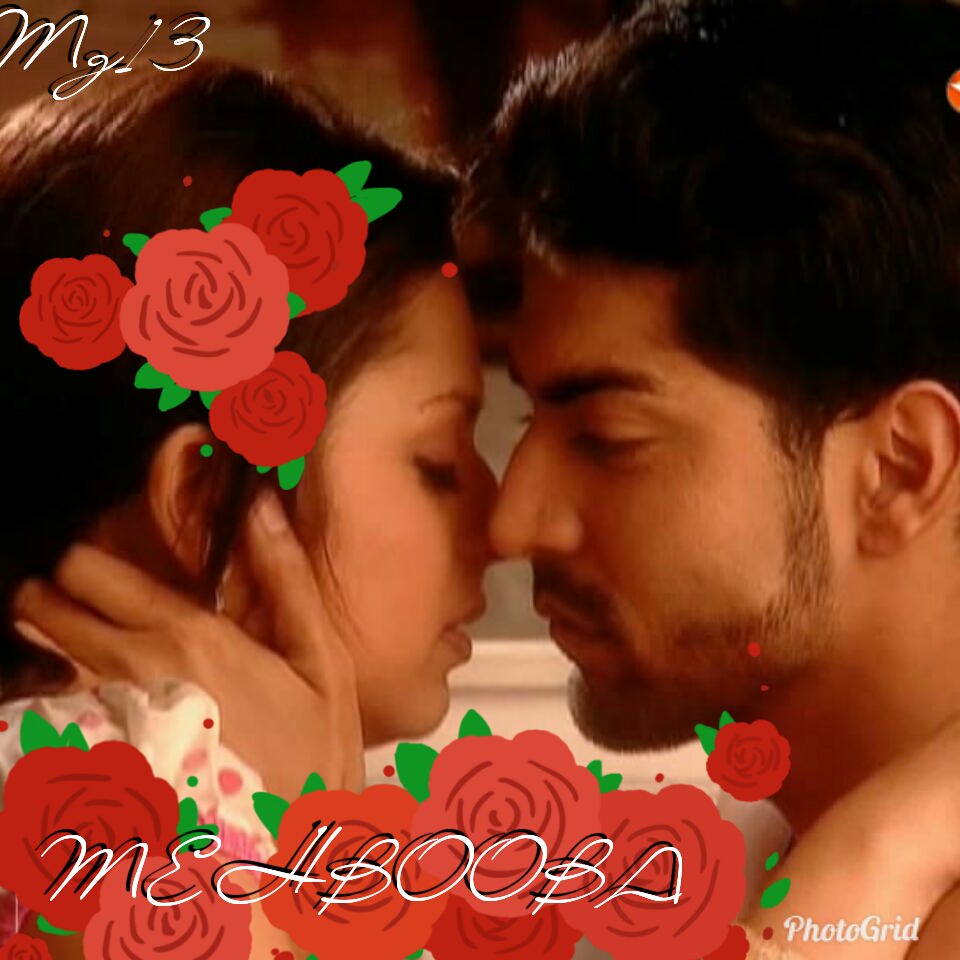 Samrat step inside the room with water jug in his hands. He looked at his Rani to see her sweating  badly and trying to stand up from the bed.

What happened?  Stay there why are you trying to stand, Rani ?
Ji woh ..
Yeh lijiye pani pilijiye pahle. .he offered her the glass of water first.
She drank it slowly ..taking each sip with break. Her eyes roaming all around.
Kya hua. Aap thik toh hai ? He asked .his voice coated with worry but geet didn’t caught it seens her worry was somewhere else.
Ji.hum bilkul thik hai.ab hum so jate hai.bahot raat ho chukI hai.saying so started to stand but he stop her and take her in his arms at once and made her lay properly on her bed.
Geet lay there feeling worried for Mr. Khurana .her gaze went towards her balcony from where he ran out .soon she drifted into deep slumber feeling that much needed peace after meeting him.

It was next day when she was informed  that samrat was gone out of country for his some work.she felt so relive this time don’t know why .

She step down the stairs to see the hall was all empty. It means Rajmata was also not at haveli.

He turn around swiftly hearing that sweet sound of her Payal. And there she was breathing heavily as if she had ran marathon.

He smirk and raise his one brow asking her what happened. She fumble with her sari pallu and turn around suddenly seeing him all bare.he had just came out from the shower .his torso was bare and wet with towel hanging on his neck wiping his hairs.

Maan take in her beautiful view and walk slowly towards her .she had her back towards him giving him marvelous look of her bare back.

There was still little injuries of hers yesterday adventure on her back.

He kissed on to it feathery reaching up to her.

Mr.khurana..she shiver with his feathery touch.

Maan..called me maan Geet. he urged her coming in front of her.

his voice was sensuous  making her go weak on her knees.

Her heartbeats raise feeling his proximity as his lips graze onto her earlobe.

Ji hum kaise. .her voice died inside her throat as he teeth her ear.
You can Rani.and he pulled her in his arms suddenly grasping her bare waist.she gasp and as a reflex her hands clutch onto his bare shoulders.
Geet.he groan in desires feeling her softness palms touching on his bare body.
Ji Hume chodiye ..koi aa jaega. She try to make futile attempt of wriggling in his arms but he didn’t let her instead his hold become more tighten.

Koi nahi aaega. Samrat has gone out if country and Rajmata has gone out for the day .he said out huskily eyeing her beauty hungrily.

How do you know ? Her voice turn meet in his passionate gaze.she diverted her eyes and asked him.

I know everything Rani. he smirk seeing her condition.

Now let me..he left his words to see her reaction and she snap up her head to hearing him and looked at him staring intensely at her.
His hands started to roam on her back suddenly startling her and it’s reach near her dori .
Maan..she called out stopping him to go further.
Very good..if you not then I will do something more than this.
He almost warned her to called him by his name itself.
She amazed looked at his handsome face continuously.
His hands went inside her blouse as his fingers touch her bra line making her come out of her lost state .
Aap Yeh kya kar rahe hai ? She asked lost in his touch.
Let me show you .saying so he opened her bra hook as his hands went in and touch her side bulge.
Geet doesn’t know what to do.her heart said her to let him feel her .it’s feels so magical. .but her mind denied her and she pushed him away from herself suddenly,  in that process her blouse get pulled out from her hands hanging on her shoulders.
She gasp making her eyes widen while maan too turn shock on the sudden happening. First of all he was not ready for her push and then that happened suddenly.

Her eyes well up feeling devastated and he hate it .hated those damn tears in her beautiful hazels.

He pulled her to himself again wrapping her in his arms.

She looks vulnerable try to hide herself in him and she hug him tight burying her face in his bare chest that send shivers in both if there body .

She sniff onto his neck taking into his male fragrance. Her hands roam onto his bare body feeling that unknown desires growing up inside her.

While maan was lost in her innocent touch felt hard and his hands roam onto her bare back and soon it’s went on her chest .and he cupped her one of the breast in his palms going inside her bra.

Maan..she moan feeling some manly touch on her private area first time in her life.

He threw her blouse away in the room and her bra hung onto her stomach.

He slams her on the wall sticking her with his body. His hardness pock from his pants and he  thrust into her hard with the cloths on .he started to rub onto her hugging her tightly to himself. His lips lock onto her kissing her hungrily while she let him kiss her as she enjoyed it .she felt heaven with his touch.

Both didn’t get when all this happened. Geet clutch onto him tightly enjoying his touch on her chest. She felt her core all wet.

He continue to play with her nipples with his finger .

let me see it .i didn’t saw it clearly.he said out shamelessly making her red and she part away a little from him to show him her assets , that’s when he heard the knock on his room door.