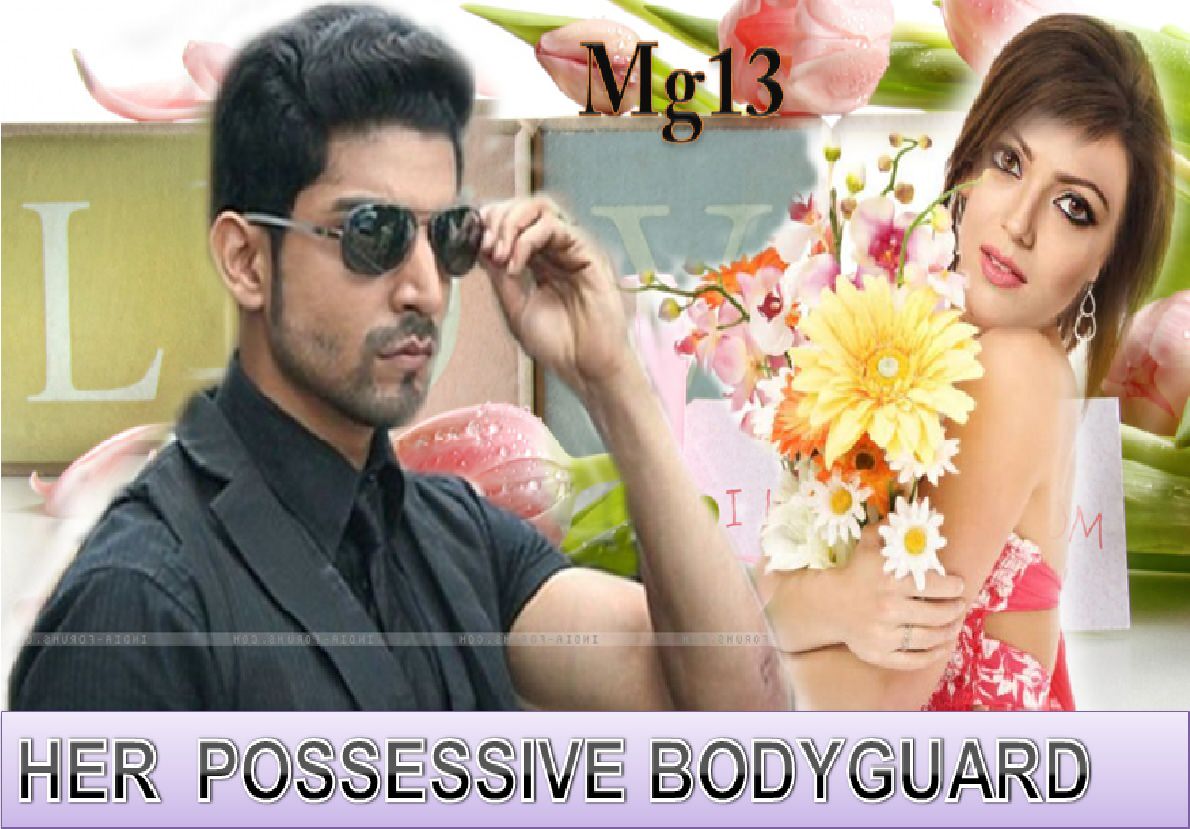 Geet was surely stun at the turn of events ,the horrible feeling it is to be in the hold of some roughs,or what can we called it..goons. how should be she knows when first time she was experiencing it.
Maan on the other and burning with rage to see her in there hold.its muscles have became prominent as he tighten his fist in great fury.his whole burn in to see them.
he try to go near them to rescue her..as he take steps forward.
oh ..oh.. man..why this hurry. take it slow. she is till in out hold.the man who was holding her with gun in his hand commented seeing him coming forward.
Maan halted his steps at once not wanting to take any risk with his mam’s life. Maya would surely killed him if something goes wrong.
just take that gun down …quick..the man order further.her friends were froze on there place as same as Geet herself feeling horrible.first that was big shock for them to come to know about her new bodyguard that too from other persons.
maan keep his gun down at once making his hands in air.
good move now..khurana.. he smirk..
you three keep yourself aside to save your lives.
what will you do..? ha.. man. adi reply angrily seeing his dear friend in his clutch.
adi..you just shut up and go aside.you stupid.. Geet scream on him fearing for his life.they looks so dangerous.
owoh..babe.. you are smart.. i like it.. the mask man commented bringing her close in his hold.. and thats it ..all three started to burn all red.
without anyone’s notice Maan barge towards them in fury that other man hold him taking quick move.
leave me…you bastard he punch him hard going out of his hold.
aahhh…adidiiii…Geet scream  fearfully as the men started to drag her forcefully.
leave her..Maan roar fully coming in action mode.
no..we are taking her along with us.. lets move man.. he order other two.
and she scream again as they got hold of her friends as well..
few tears finally made way from her hazels seeing her friends is also stuck because of her.
she scream and the man who was holding her finally bang on her forehead with gun and she blank out fearing everyone there.
geeett….Maan scream in utter pain and sadness as he turn more furious and just attack on all three of them at one time making them black and blue almost dead.
two of them ran away leaving there one partner there laying in dead unconsciousness.
Geet…oh my god.. niks rush to her to hold her along karan and adi followed her.
maan get hold of the one goon who was laying there he with other security help get him into his custody.
he turn to look at her side to find her unconscious ,his heart pain unknown to him to see her like this lifeless,tear marks was on her cheeks, where as sometime before she was playing being full of life..
***************
how does all this happened ? Maya questioned in dangerous cold voice.
no answer come form Maan’s mouth or anyone standing there..
i am asking you something.. she asked again with that cold look of hers ,his head bend down not meeting her angry gaze.
don’t know aunty..from where they all of come suddenly.. Adi try to answer her..but Maya stop him with dead gaze.
did i ask you ?
he nodded in no silently…
Khurana.. i am waiting…
they come suddenly mam.. i am checking out all the area.. but..
but you fail to protect her… she broke through him angrily.
maan look at her confused as what she is saying.. he,did save his daughter.
no..you have not..Khurana.. she spited angrily..her voice became high making her wriggle in her sleep.
you have not ,,why on the first place she landed in there filthy clutch.. why she get that damn injure..just speak up..
maan and others stand frozen on there places to hear her. how did she knows about them holding her.. but she is Maya afterall, the vicious lady ..
you are being given one last chance for her bodyguard……. seeing her sleeping on the bed being fine now.. but remember khurana,its last chance.. there will be no more further..understood..you do better..
******
she broke all things in her room felling frustrated on her mom..yes her mum.who not having her precious time for her own blood.. how could she. her she is craving for her one word of affection.. but she didn’t once come into her room to check on her ,instead busy in her study on that stupid phone.
she sat defeated on her bed when he appear form the door in darkness of her room.
what are you doing in my room and without my permission..
just dammn.. answer me.. she threw one cushion on his way and he catch it taking steps further.
she just rushed toward him and hug him tight hanging on his neck as few tears make there way wetting his neck.
calm down mam..you are fine now.. he assured her.
she glue into him more hiding her face into his neck she murmur
thank you. thank you so much..
he just smile.. holding her tight in his arms as his hands touch her bare waist along her chain..
she felt shiver in her whole body with his touch on her bare skin..
its my duty mam..considering i am your BODYGUARD.

6 thoughts on “HER POSSESSIVE BODYGUARD PART 7”