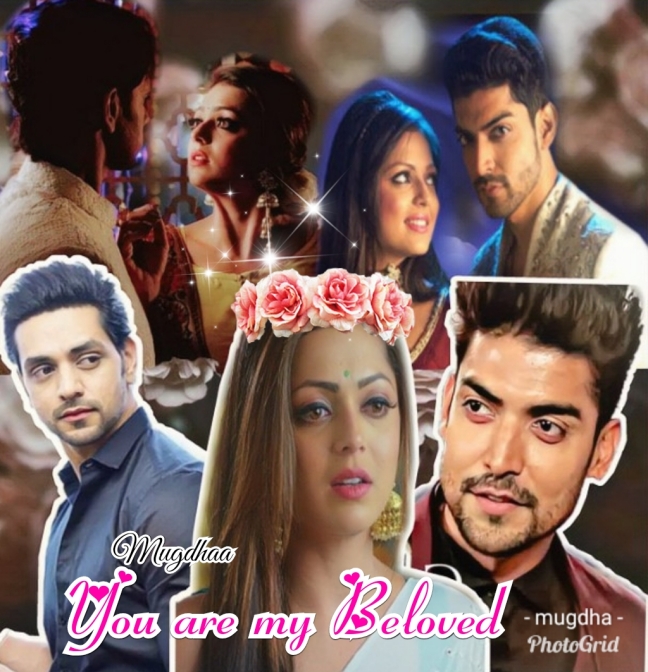 s..ss..snake.. Geet thought something bite her , she wince in pain and looked down. She did not see anything. Just then Maan came back, he saw her trying to find something and asked,

Something bite me,, see na

Maan looked down at her foot and he got a little scared, her anklet has two black stains .

That is snake bite.. And Geet sat down.

What to do now? Am I going to die? Geet started crying. Maan too became panic. The person can be saved if the poisonous blood is spited out. He ensured her.

Don’t be afraid, I will see. He took her foot in his hand and was about to press it when he saw a snake at his left side. He left her foot down and straight away pulled out the bottle of Dettol from his med kit and taking it on a cotton he starts to rub her feet.

… What will happen with this… I will die now..

No.. The snake is not poisonous. Look at it.

But he press the wound just then he saw a snake at his left side.

What do you know…

Toxic snake’s eyes are like cat, but here his eyes are round. You get up from here.. Here are his cubs.

Geet jumped up and said, Maan, if you were not there, what would have happen to me.

Don’t laugh.. You idiot.. Geet smiled sweetly and rushed into his arms. She hugged him tightly but maan was having complete control on his hands.

Finally she herself grabbed his hands and put it on her neck binding around her neck.

What is it? He was startle.

Maan made her sat down.

Look, Geet.. Do not panic. You have to be strong. Do not you know? We must get out of this forest before the night otherwise it will be very difficult.

But you will not go anywhere leaving me alone, geet said cutely wiping her tears

First of all I am wearing your shirt and you are roaming shirtless just in your vest. Saying so she hugged him again tightly, maan couldn’t stop admiring his geetu.

Okay.. Eat this mango now. It’s a bite ripe, I do not get anything else.

They both started again. now the slope of the mountain was clear.

Maan was sure that the road would start soon and they would get ride of it. both of them were walking without speaking. Maan’s thoughts were going on.

My Geetu will reach her home soon , Seeing her everyone will be delight ! but why I am not happy? why I am feeling that she should be beside me always, never to let her go.
how beautiful Geet is.. Sameer’s Geet..No..No..
last two words he shouted loudly without his notice.
what no..? Asked Geet
Maan came back to his senses and said,
oh…we..no, this is road is right..Maan lied.
but you said no , then why are you saying , road is right ? Geet laughed .Maan also laugh a little bit!

Thoughts were not leaving from both of Thier minds but were they both thinking the same ?..

Now Maan was so sure that they both were close to the road. Because the sound of a vehicles was coming.
while moving ahead , thoughts were processing further .both were lost in their own dilemma.
Geet ..will you be mine ?
Maan I liked you even more than Sameer , I have started to loved you..
on the other hand Maan was thinking ..
But do you like me? … Both of them were disturbed by these thoughts. But kept walking ahead. Now both of them were convinced … the road is near. little climbing up they saw a truck’s tip from above.
come one, Geet , we finally got saved.
once again , getting emotional Geet hugged him .

this time Maan wrap his hands around her lightly and they started moving forward.now both of them could heard the sound of vehicles passing by .it should be 5 o’clock in the evening. now they were moving fast.they wanted reached home early. both of them wanted to reach before arrival of the night. they finally climb up on the road taking help of the stone and came on the road.

Maan was much more Happy .He had given a realistic example of humanity.How many different things he had done today ! Saved the girl’s life , protected her honour,being with her all the time without leaving her hand and saved his own life along with it.
Maan was thinking again, they both need to find some vehicle . because it was not easy to walked further.
the cold wind was freezing , and beside his belove was walking.holding her hand and pulling her closed..
..hell…what am I thinking? Geet must be thinking of Sameer. I am such a cheap person. thinking like this about my would be sister in law is wrong.
My innocent Geetu..simple nave girl.

maan was smiling to ownself lost in thoughts.

Why does the wind blow,
why the sky dances,
why the heart grizzles,
neither you know, nor do I..

Maan was restless hearing the song, it was describing his own feelings, the situation they were in now.
It was a good idea to drink coffee it thoughts did not stop. he looked at Geet..
Geet, be happy..Sameer will keep you happy. But I will keep you more happy..
Maan came out of his thoughts hearing her..
Maan where we will go now ?
we will find some taxi from here,
….
come on..are you comfortable ?
Geet asked taking her seat as the taxi started.
and sleep for a while..you woke up all night and lifting me , ridding on the mountain..you must be tired.
Anything for my Geetu..words left from his mouth that he didn’t realized , beautiful smile adore her dimple cheeks hearing him.

Maan just realised what he said, he was silent next moment.
He looked ahead on the road, when he felt her touch on his face.looking at her side he saw her wiping off his sweat from his face with the tissues that were in taxi.
it’s alright Geet, he tried to move away her hand but she cutely frown nodding at him a no .
he sigh for he couldn’t deny her, he was just gwkiing her beautiful face like never before, she had grown in gorgeous woman , he thought observing her each features of face.
Geet caught him lost in her and smile slightly with pink hue adoring her cheeks,

Maan come out of his lost state while Geet moved back shying with those new beautiful feelings.
she liked it .she loved it..when he was watching her like that..she felt butterflies roaming in her stomach.she never felt like this before ..not with Sameer..
she looked at him again and now saw him sleeping . she kept on watching his face..he looked beautiful..

Unknowingly, his head fell on her shoulder, Geet giggled silently .his soft breaths were tickling her senses.
He was with me on every turn of my life. he helped me and Sameer in getting our love. He did not have an advantage in it. But today Geet was satisfied having him closed to her.he was her true friend and companion who risk his own life to saved her.
she looked at his face, how peacefully he was sleeping on her shoulder.
she was sure , if I wake him up now then he will said sorry to me and will move away, which she couldn’t afford.
let him m sleep like this..

she thought caressing his cheek softly not wanted to break his sleep.
he was awake for her whole night , to saved her life ..

Maan was sleeping calm but suddenly he got up. he saw Geet, Geet saw him.. 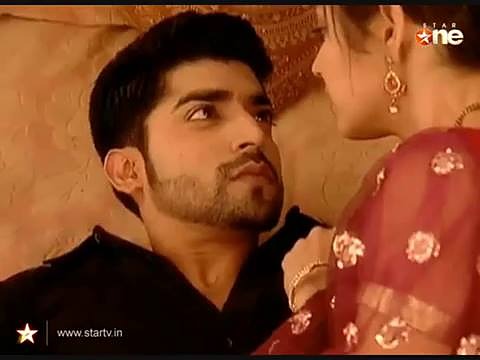 sorry..I was sleeping on your shoulder.

Maan … do I tell one thing?
yes tell me.
I love you so much.
what?
yes..I love you..Maan kept watching her..

Do leave your comments and likes here or on IF..

It’s took many hours to update this post with phone.it was so irritating…so do kindly leave your reviews and likes..

4 thoughts on “YOU ARE MY BELOVED PART 6”