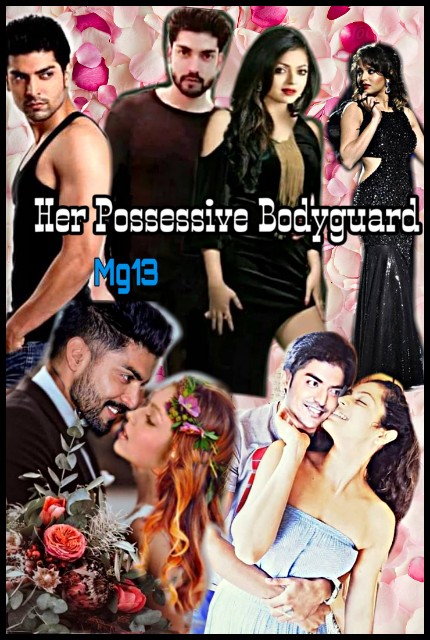 I am scare, you won’t leave me, will you? Geet asked unsure gazing his face to analyze his each expressions.

Maan looked at her for a while his fingers entangle with her making it tight fist.

I won’t, trust me. He brought her hand near his mouth and leave a wet kiss on her back of hand sounding confident that made her easy, she loosed herself into his arms and closed her eyes in relief enjoying soft tickling of blowing wind on her face.

Geet gasp , her chest heave up feeling his sweet assault on her bare skin, she felt him going down more reaching her cleavage, Geet hold his nape pulling him more down on her.

His lips crash down on her upper chest making both of them squirm in passion, he was on the fire by now, hold her tight in his arms & licked the area where his lips had landed,

Maan…  Geet moan out roaming her soft palms on his broad back making him go wild. He was drown in his passion bite her hard in on one bulge making her scream out.

Ouch…maaann.. She pushed him pouting her lips, he smiled seeing her cute frown.

Let’s go back, it’s late. He said, pushing up her dress straps making her blushed, she hugged him tight feeling overwhelm with happiness which she got today. He only engulf her in his arms dearly knowing her unspoken words.

I don’t want to go.. She whine liked a child looking at his face. He couldn’t stop himself from letting out a soft laugh seeing her cute face.

Let’s go , he peck her lips and drag her from the sea shore, she was still trying to manofy him to spent some more time but he was her possessive bodyguard after all.

Next day all were off to shopping for the wedding .Geet had asked before only to design the dresses for everyone but lisa denied her straight saying she can’t make her tire on her wedding, she should enjoyed the party like others, not working on this special occasion of her friend.

Maan followed behind leaving safe distance , Geet would now and then steal glances at him walking with her group , they would tease her knowing about them now, she would blushed, and laugh cherishing every moment of the new feel when her love was reciprocated .

Maan sigh happily, seeing her so happy, laughing and glowing with just his three words of confession. When he saw her selecting some pair of shorts and crop tops, he didn’t liked the idea at all.

He made a dash towards her and took straightway at a lonely corner.

What the hell are you doing? He was upset

What, choosing cloths, what else we do at this place. She sounded irritated.

You can’t wear that, he was straight

You started again, god. Stop behaving like my mum. She mutter furiously.

Do you like to bring her in between us, you don’t?? Then??

Geet.. Why are you arguing with me, I said don’t then don’t. He whisper sticking her close to him, her back was stick on the wall behind.

But why? I want to wear it, I loves it, and I always do wear them. She was not ready to listen seeing him forcing her which Geet handa couldn’t accept.

Alright, then I will roam bare chested on the sea shore like yesterday, what’s say?

His words left her mouth wide opened, her haze eyes turn big before they burn in extreme fire listening him.

How dare you? She hold his collars clinching her teeth glaring him furiously.

Then how dare you, baby? He raise his brows seeing her fuming to extent, he like that and jerk her closer holding her petite waist.

Alright.. She pouted cutely being upset, she turn her face away sadly which he don’t like. 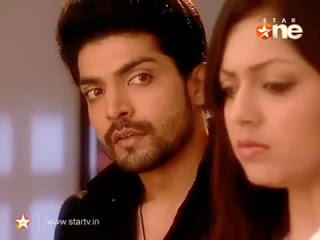 Look at me! he demanded in strict voice but she didn’t budge instead tears sting her eyes for she couldn’t wear her favorite cloths , she couldn’t make him upset by not obeying his words, nor she bear the thought of other girl looking at him like the way she do, only she have the right.

Geet!! He hold her chin and turn her face towards him but she avoided to look at him.

Fine, you can wear whatever you want, he defeated with her sad face declare making her jerk back to him.

You were crying? He was shock to know that his just small demand made her cried, he curse himself.

Don’t have I right on you, baby  ? he asked seeing her tears.

It’s not like that, maan. You have all rights on me ,

she cupped his one cheek making puppy face she further added.

I feel comfortable in that, I am habitual. She pulled out her lower lips pressing her lips together making puppy face trying to melt him and he did actually for he couldn’t go against her wishes making her sad for his own stupid jealousy or possessiveness.

I know, you are disaster queen , he teased her remembering the first day they met , she had fallen in her long skirt , which she had wear as per on her mum’s demand .

Geet make an o shape of her mouth punching on his chest with her delicate straight.

I definitely not wants to be like your mother. He added further smirking at her

Don’t you dare to say anything against my mum?

She pointed her forefinger almost on his nose, making him to take his steps back.

Okay baby. Now let’s go. Don’t you want to buy those fav cloths of yours, he changed the topic quickly knowing how sensitive she turn when it related to her mother.

Yes… Let’s go and she drag him towards the section. Her friends giggles, teased them but she ignore them and took him forward to select cloths for her.

And it went hours after hours, Geet was showing him tiny cloths excitedly and he was dejecting everything not even having proper look of it. Geet turn furious, first of all the girls were on the shop drooling him continuously and he despite of making it fast taking hours wasting her time as well.

You know what, I even didn’t take this much time for selecting my cloths, she got out furiously,

You are just impossible, spend time with those bimbos here, I think you like it here and there attention on you

Baby?? Maan was startle with her outburst, looked at those girls who were muffling there smiles. That definitely trigger his ego feeling insulted before girls.

I am leaving.. She rushed out from there taking her hand bag

Maan first glare at her retreating figure then those girls who shut their mouth at instant.

DO LEAVE YOUR COMMENTS AND LIKE HERE OR ON IF

20 thoughts on “HER POSSESSIVE BODYGUARD PART 44”