Come with me .. He whisper softly playing with her blossoms underneath her sari with his long fingers, while Geet was left shock hearing him.

She instantly tried to pulled apart but his hold was so strong that she couldn’t, she first looked at his iron hands ,then his face which looks furious this time seeing her denial.

I said come with me, he repeated , his voice was husky sending shivers down her spine .

Where ?? She whispered totally clueless about what to do in this situation.

Nope , Mr.khurana..i am already late today , plz let me go . She again pleaded this time his hold loosen and without wasting a minute more he tried to go when stop suddenly listening her.

You shouldn’t be , it’s not your fault if you does not believe me !

He spoke rather roughly facing her his back with his head tilted to side.

She looked at her sari one last time and she chuckle seeing her condition.

He doesn’t know it , yet he wrap her in this cloth .

She blushed in pink shed reminding his sinful touch on her every body parts. Her body reacts quickly just getting those flashes and feelings.

Her nipples harden , poke through her blouse making her so embarrassed she locked the door again and hurriedly changed into her dress , making quick dash out of the room , then studio.

Geet was in daze state after coming home , she skip her dinner , rolled on the bed back and forth but sleep was no where on her eyes. She was hell tired but not sleepy yet.

His touch still linger on her body , while taking shower she felt him beside her as if watching her

She was so shy to even come out of washroom in her towel, thinking he might be there .

But how’s that possible, why she is feeling him .

Geet took her iPhone to call him but stop herself, she doesn’t have his number but that was not the problem ,she could have get it from anywhere.

He was hotshot after all in the business world.

She couldn’t hold the strength right now to talked with him . She placed her phone back on the table and walked towards the balcony to get fresh air.

The moon was shinning bright giving her sense of accompany.

He is the only companion of her in her lonely nights.

How much she missed her parents , she couldn’t have told anyone or herself even.the painful thing of her life which she didn’t want to reopen and sad herself .

Her eyes always moisten with the thought but she couldn’t have let them flow till now.

She couldn’t broke herself to extent that she would never able stood up again..for herself she needs to be strong to secure her own self .

If she will shatter , no one is here to hold her or protect her for she is alone in the whole world. 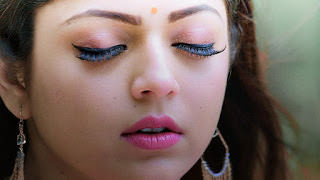 Geet closed her eyes taking back those tears behind her eyelashes, she gulp hard taking deep breath sh inhale sharply and opened her eyes along with her arms engulfing the soft wind that blew through her open curls.

Maan was not in better condition as well. He spent his all time in the gym to get over this attraction but he was left unsuccessful.

He made fast moves furiously but no use finally giving up on his own tire self he sat down on the floor.

Her images never left him.he have to get hold on himself before it get worse .he was never before like this but Geetakshi made him.

He ruffle his hand furiously through his wet hairs shaking his head hard .

His eyes spitted fire , teeth clinch hard in fury for loosing to the girl first time ever in his life.

Her words buzz in his head and he shot up from his place , making mad dash out of gym he rushed towards his room.

He dash opened the washroom door entering inside the shower area he opened the tap to let that cold water sooth his burning heart and body.

He was in fire that’s when he felt her hands roaming on his body from backwards caressing his chest.

He pulled her in front own .there was mischievous glint in her eyes which he loved the most about her.

Your face is always there in my eyes

deep are my desires and the climate is crazy

Your face is always there in my eyes

deep are my desires and the climate is crazy

You made me a lover

He slam his lips on her petals with his eyes closed to relished her taste and kissed her hungrily quenching his thirst of long time. She make him hungry this much.as he opened his eyes she was not there. He slam his hands on wet wall as shower continued to cascade down his burning body.

The wind was blowing so wildly taking her breath away , teasing her senses .she chuckle but soon felt as if someone is watching her , she twirl around making sure she is alone at home .

Her duppatta flew in the furious wind along with her sari sticking to her body with force of wind.

Her curls flew wildly as well , she took all hairs at one side if her shoulder making her back bare , that cold wind touch her harshly making her pout her lips in anger.

She discarded her cloths so softly behind the door of dressing room , making sweet sound of her anklets .

She was lost in her own world taking bath in between the foam inside bathtub , humming her own tune obvious of her surroundings.

I’m scared as to what will happen

Will there be a thief behind me

She heard some sound and stop her moments for a while but resume it soon after a while finding silence only.she felt his eyes watching her so passionately as if kissing her with his eyes.

She blushed crimson red reminding there passionate moments. His touch was still there lingering on her body.

At this young age I have a big journey

She closed her eyes for a while unknown of the intruder who was watching her ever so passionately from the time she discarded her cloths.

She came out of washroom wrap in her bathrobe but only to get shock on finding him there before her eyes in her home.

Do leave your comments and likes here or on IF