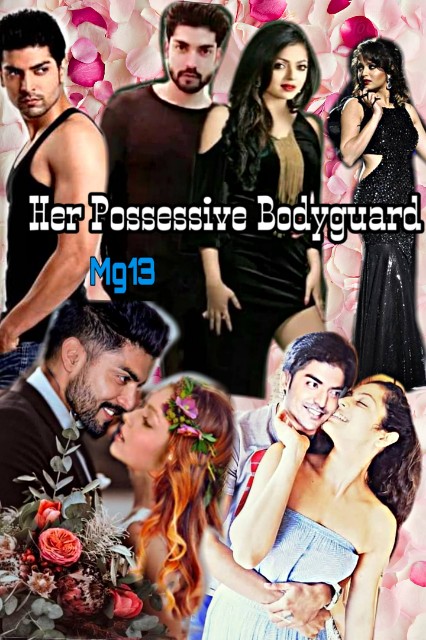 Geet stood numb for a moment inside washroom, her hands clutch her heart behind that soft cloth. It was beating so wildly. Her cheeks were red just reminding what happened few minutes ago.

She could still felt his hands lingering on her whole bare body, she shiver coming out of her trance , looked around herself conforming he is not there .

She flash some water on her face to get back her proper senses. She knew he does love her , she could read his eyes now, she could feel his touch now.

The only fact infuriated her that he is not ready confessed yet. What is there to stopping him, why he is showing this much attitude, egoistic guy..huh..

Didn’t I confessed my own feelings to him without showing any attitude or or keeping that ego aside.

And when those stupid things come in between love. Or did that comes in between at the time of he was asking sorry from him.

She was fuming thinking of him and his awaiting confession. That she did not realized how time passed, here maan was getting restless waiting for her, finally he barge inside again to get her back.

He bang opened the door of washroom that was unlock. Geet gasp loudly with her widen eyes gaping at him , it turn to anger as her thoughts comes back to her.

How dare you, you manner less hippo… she shouted

Here she goes again.. he mutter furiously and pulled her to him holding her wrist.

Leave me. I am not going to come with you. She blasted trying to get out of his hard clutch.

Move away, let me go

Beloved, so much attitude is bad

So you didn’t forgiven me ? he asked with ting of pain , but she ignore it for now his confession is more important than his stupid sorry.

She turn her face away putting her lips angrily, maan was still upset that his hold loosen on her and taking the chance she flied out from there giggling along.

Geett. He mutter angrily but stood still without moving just watching her laughing her head off on the way back. small smile tug at a corner of his lips,

that what he wished all along, only her happiness ,her glowing face with that dimple smile of hers.

Geet was disappointed on not finding him following her, she pouted but soon her friends circle her again and she forgot about him.

It was evening, when  maan return to her , and the scene in front him made his mouth opened wide ,he gap at her like never before.

Geet was giving different poses for her photoshoot, wearing that floral gown. But at the time of making her wear that he didn’t notice the long cut of that dress from which her gorgeous legs now were showing.

Her cleavage was half opened aswell, on that she was giving sexy looks and poses with slight pout of her lips, her droopy eyes. Hands entangle in her curls making it messier.

His breath was stuck in his throat but soon his eyes fume in anger to see the little crowd of  people that too most of men species watching her , almost eating her with their eyes.

Geet off course , she was aware of all attention she was getting, she was habitual of it, she never mind in fact she loved it unknown of the hungry eyes in between the crowd.

He stood fuming in extreme anger , clinching his fist tight controlling his rage, but his volcano of patience or anger broke when she jump in air for next snap ,

her dress flied high giving the view of  her whole thighs, he lost it as ooh and aahhs could be heard.

He make a call , and in few seconds his men arrives there , soon all crowd was vanish leaving her only friends.

Geet was still unaware lost in her session, when she felt his strong arms wrapping on her flat tummy sensuously, he pulled her more into himself.

Geet was red with anger and blush, mix feelings, but her anger was vanishing step by step feeling his hands resting on her tummy, it felt as if he is touching her bare.

Next moment she was lost as he take a position behind her , she turn her face towards him to look at his face closely and he looked straight , and snap was taken.

He twirl her in his arms making her slide down he hold her in RK  style Photo was taken ,

next geet stood up ,went behind him , her soft arms comes at front snaking his bare chest she looks at him with her sexy smile while he gave her his famous smirk, he pulled her from behind wrapping his hands around her small waist while geet looked behind at the camera and photo was taken.

Both got lost in a photshoot that forgot about surroundings, her friends gasp with opened mouth seeing her first time ever giving poses with male . that too her bodyguard.

There is really something something..

Adi chuckle seeing the expressions of his friends seeing the scene. Actually he was also left mesmerized to see there chemistry  they fitted perfect together in ech other’s arms while giving different sexy poses.

Soon he was about to kiss her lost in a moment when geet come out of trance , she was aghast now seeing his behavior infront of her friends. What they will think , she was not worried for her own but him.

She pushed him hard bringing him out of the bliss. He looks hurt and angry, she glared at him before dismissing the photshoot.

Geet, he hold her wrist stopping her yet again.she rudely jerk out her hand out of his hold and walked away furiously.

He rushed behind her , for today he couldn’t took her denial at every step , his heart injured just with that, today he knew how madly an crazily he had fallen in love with her. Seeing her there in the middle of men gawking her like they will eat her next moment, it burn his heart severally, it always does, but today the impact was too much when she was upset with him.

It turn to the night ,, stars shine in the dark sky, her friends left to cottage with adi’s insistent as he knew her bodyguard is there now to take care of her .

Geet in her absent mind reach little far from the busy area. It was lonely dark secluded place now, when she felt herself drag further far from place by few guys.

Maan rush behind her , lost in her thoughts he didn’t notice her being dragged by other guys.

But there he saw her struggling in the group of boys,as they were more in  numbers circling her, two guys holding her tightly with their strong power while other four were touching her here and there , teasing her disgustingly, while holding her legs as she was trying to struggle hard in there hold to beat them , coming more close he get the view of same boy whom geet had given punch in afternoon.

His blood rushed to his veins seeing that guy holding her cheeks tightly demanding her for a kiss.

Maan rushed furiously pulling that guy behind, he gave him tight punch on his face making him fall back on the ground.

He turn behind to see her hazel eyes moisten with happiness and her shinning love for him, it gave him courage and he beat all of them black and blue next moment they attack him. All men lied there chocking to breath, coughing out the blood.

Geet wanted to rush into his arms but stop herself not in a mood to wait anymore for his confession, she furiously gives kicks to everyone in their stomach taking out her anger on them.

Maan was left astonish with her anger, he was unknown of the reason of her anger , why is he not ready to accept his sorry, why there is still this distance. he wanted to took her in his arms , crush her madly in his arms  shouting out his love for her to her.

She not seem to understand his unspoken feelings. He thought seeing her turning to walk back yet again.

And he lost his patience , next moment he pulled her back in his arms furiously , geet tried to struggle hard to get out of his iron grip  but his next action surprise geet , she stop her struggle feeling him softly hugging her closer in his arms, he crushed her madly to his chest just like he had thought. And few words left his mouth that left geet in shock.

I want 40 likes at least  to this one, do leave it here or on IF where you prefer, also do leave your comments for next update or else wait for next part or it will be password protected.

19 thoughts on “HER POSSESSIVE BODYGUARD PART 42”